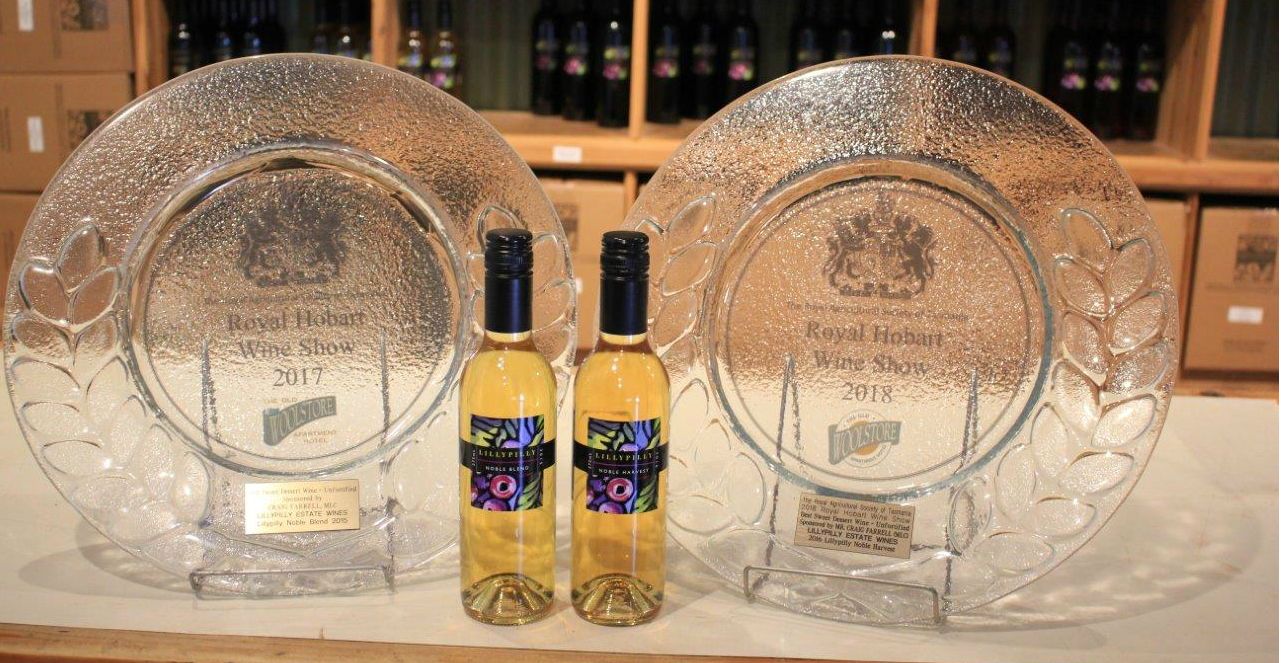 Two Years in a Row at The Royal Hobart Wine Show

For the second year running we’ve taken out the trophy for Best Sweet Dessert Wine-unfortified at the Royal Hobart Wine Show! The 2015 Noble Blend won this award in 2017 and the 2016 Noble Harvest won the 2018 trophy. Our 2017 Petit Verdot also won a Bronze Medal at the same show.